To understand the role of social media in society, we have to understand how social media are understood. We need to analyze how different actors and organizations see and think about technology, the forms of knowledge that people draw on as they make sense of, develop, and use social media. Central among these is bullshit.

I use the term “bullshit” here in the technical sense of statements about the world and how it works that are characterized by indifference to how things are, and I am strictly concerned with bullshit in an analytical sense here, not a normative one. The question is not whether and when bullshit is good or bad, but what it means for social media and how we understand social media. Bullshit, according to the philosopher Harry Frankfurt (2005), can be differentiated both from honest statements and from lies. Honest statements are grounded in the belief that they are true, and lies statements are grounded in the belief that they are not. Both hinge on a conception of truth-value and implicitly or explicitly involve justified beliefs. Bullshit, on the other hand, concerns statements made with little or no concern for their truth-value.

Bullshit need not deceive us about the facts of a matter, and bullshit is not the same as lying. It concerns more precisely statements made with disregard to whether they are true or not and with little or no justification. Bullshit is statements about the world to which there is no sincere and satisfying generally acceptable answer to the question “how do you know?” Whether one is of a Platonic idealist or an Aristotelian empiricist inclination and whether one subscribes to a strict and narrow conception of what qualifies as knowledge (à la W. K. Clifford’s “The Ethics of Belief”) or a more permissive one (as per William James’ “The Will to Believe”), it seems clear that much in the world masquerading as knowledge
is, upon closer inspection, better conceived of as bullshit.

Bullshit can be found across all the different forms of knowledge (operational, representational, and explanatory) and kinds of knowledge producers (lay, professional, and academic) involved with social media. No one has a monopoly on bullshit. We all occasionally resort to it and act upon it. This is precisely why it is important. It is hard to say with any degree of precision how much there is (both numerator and denominator are hard to quantify). But I will offer as a hypothesis that bullshit is particularly common when it comes to social media, for two reasons.

First, as Frankfurt (2005) notes, “bullshit is unavoidable whenever circumstances require someone to talk without knowing what he is talking about” (p. 15). Social media—as an imprecise term referring loosely to a very large and diverse set of relatively new technologies and practices with no natural edges that are evolving very rapidly, often intersect with each other and many other phenomena in complex ways, and are embedded in many very different settings—seem to invite this kind of talk. Furthermore, our relative ignorance of the total population and the universe of cases (let alone their properties) undermines our ability to rely on conventional methods of analytic and statistical generalization, even when we have very robust knowledge of particular phenomena. So, social media are epistemologically exposed to bullshit because it is hard to understand social media if by “understand” one means knowing something about it with a degree of reliability and validity on the basis of agreed-upon terminology and forms of justification.

Second, the “circumstances” that Frankfurt refers to are not simply a relative dearth of justified knowledge about social media. It also involves the high demand for knowledge, or at least statements that may pass for knowledge, about social media. The demand comes both from legacy organizations of various sort (governments, businesses, media, social movements, etc.), individuals in their capacity as lay people (parents thinking about their children, people looking for a date, activists trying to change the world, etc.), and, of course, the companies operating and developing social media. Many actors, some of them powerful, feel impelled to act upon, engage with, and have views of social media, even though they may know little about them. This demand underpins a highly generative political economy for the production of statements about social media. In a situation characterized by the epistemic problems briefly outlined above is likely to also produce a lot of bullshit.

In summary, social media seem to be accompanied by a lot of bullshit because we know so little and because there is a lot at stake. The gulf between the supply of justified beliefs and the demand for much more, and more detailed and extensive, and for various interests and in various ways instrumentally useful, knowledge about social media creates space for bullshit. (More space than in some other areas of human activity, such as mathematics.) This situation is both intellectually interesting and a real analytical challenge for those trying to understand social media.

Intellectually, bullshit is interesting because it connects directly with a broader set of questions concerning the relationship between what we might in lack of a better term call ideas (beliefs, knowledge, and some definitions of culture) and technology. Analyzing the particular role of bullshit when it comes to the development, use, and implications of social media falls clearly within a wider interest in discursive formations, ideology (whether sincerely believed or cynically held), and other systems of thought that have the power to objectify that of which we speak and transform the world when we act upon our beliefs. These are concerns that have long been central to many parts of the humanities and the social sciences and come accompanied by a whole range of questions concerning the “double hermeneutic” (Giddens, 1984) relationship between academic inquiry and other areas of human activity, between “folk theories” and other kinds of theories (Bourdieu, 1989), and the balance between engaging with other forms of knowledge versus objectifying it as an object of analysis (when do we aim to challenge claims made by prominent futurists, and when analyze what those claims come to mean?).

Analytically, bullshit is a real challenge. Although many who talk frequently, with confidence, and often consequentially about social media and their role in society are probably aware that they are occasionally bullshitting (or at least regurgitating things they suspect may be bullshit), they are unlikely to simply admit this if asked in, say, an interview. (There is also the further problem of unintended bullshit, which may even take the form of false consciousness.) One approach would be “breaching experiments,” modeled on the sociological work done by Harold Garfinkel (1967) to make commonly accepted social rules and norms visible and amenable to analysis by breaking them—in this case, the interactional norm that we typically at least pretend to accept statements made by other people at face value. Basically, I like to imagine a project where field researchers systematically identify knowledge-claims about the role of social media in society and asked those making the claim “how do you know?” pushing this line of inquiry as far as possible whether in everyday conversations about social media among lay people, in Q & As after presentations at industry conferences, or in academic settings when research problems are framed and results generalized as wider statements. The purpose would be to uncover what, if any, forms of justification these claims rest upon (or can be put to rest upon).

What does the future hold for social media and bullshit? We can imagine a range of scenarios on the basis of the epistemological and political–economic factors outlined above.

Epistemologically, hopefully, we will overcome some of the challenges we currently face in terms of understanding social media (others will continue to dog us, new will appear). Ideally, we will improve our theoretical, methodological, and substantial understanding and accumulate new insights about a wide variety of important cases and contexts. In practice, however, the intellectual challenges of understanding social media and the increasing ubiquity and ever-evolving nature of the object of analysis means we are likely to always fall short.

In terms of the political economy animating large parts of the production of knowledge and knowledge-like statements about social media much depends on how effectively the marketplace of ideas works (in the academy but more importantly beyond). This raises the usual questions about the relationship between power and knowledge, about the relationship between folk theories, professional forms of knowledge, and various kinds of science, as well as the interests involved and who bears the consequences of acting upon or espousing bullshit.

One thing I think we can say (and this essay outlines my justifications for that claim) is that bullshit is here to stay and will continue to play an important role for how we understand social media, how they are used, and for what they mean. Therefore, we need to take bullshit seriously as an intellectual and analytical problem.

This article has been originally published under CC-BY-NC 3.0 license at SAGE.

The author declared no potential conflicts of interest with respect to the research, authorship, and/or publication of this article.

The author received no financial support for the research, authorship, and/or publication of this article. 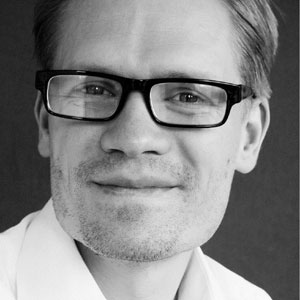