No charity, no investigative reporting

Why non-profit? The founder and editor-in-chief of „ProPublica“ sees investigative reporting in a similar situation like museums or hospitals. Charity may be the only way to keep it alive.

The profit collapse in the American news industry, particularly at large metropolitan daily newspapers, is creating a crisis for American democracy. As advertising shrinks and flees to the Internet, newsrooms have cut staff in order to curb costs. In turn, this constrains their ability to mount the investigative and accountability reporting that for decades served as a check on corruption and abuse of power.

This has created the role for „ProPublica“, the non-profit, non-partisan newsroom that I head.  Our mission is to expose abuses of power and betrayals of the public trust by government, business, and other institutions, using the moral force of investigative journalism to spur reform through the sustained spotlighting of wrongdoing. We seek to shine a light on exploitation of the weak by the strong and on the failures of those with power to vindicate the trust placed in them.

It is true that the number and variety of publishing platforms are exploding in the Internet age, and that is a good thing. But very few of these entities are engaged in original reporting. Consequently, we face a situation in which sources of opinion are proliferating, but sources of facts on which those opinions are based are shrinking.

33 people, all dedicated to investigative journalism

More than any other journalistic form, investigative journalism can require a great deal of time and labor to do well. Because the „prospecting“ necessary for such stories inevitably yields a substantial number of „dry holes,“ stories that seem promising at first, may ultimately prove either less interesting or less important than first thought – or even simply untrue and thus unpublishable.

Given these realities, many news organizations have increasingly come to see investigative journalism as a luxury vulnerable to being put aside or at least reduced in tough economic times. Moreover, at many media institutions, time and budget constraints are curbing the once significant ability of journalists not specifically designated „investigative“ to do this kind of reporting in addition to handling their regular beats. It isn’t that traditional, for-profit news organizations have stopped investigative reporting entirely, but they are doing significantly less of it.

We have a newsroom of 33 journalists, all of them dedicated to investigative reporting on stories with significant potential for major impact.

Each story we publish is distributed in a manner designed to maximize its impact. Many of our „deep dive“ stories are offered exclusively to a traditional news organization, free of charge, for publication or broadcast. Each story is also published on our own site. This site also features outstanding investigative reporting produced by others, sometimes with our annotation and follow-up, thus making our site a tool to promote more good work in this field.

A place alongside museums and hospitals

We support each story we publish with an active and aggressive communications effort of our own, including regularly contacting reporters, editors and bloggers, encouraging them to follow-up on our reporting, and to link to our site and our work.

Why a non-profit? In the previous era, when newspapers often enjoyed profit margins of 35 percent or more on revenue, a robust investigative reporting function served as a barrier to entry by competitors and enhanced the paper’s image as a quality publication, worthy of consistently rising advertising rates. Today, when margins are in single digits at best, such expenditures are often seen as too risky. A non-profit organization like „ProPublica“ can narrow the resulting gap by sustaining itself in part through philanthropy. In effect, investigative reporting is taking its place alongside museums, universities, hospitals, and ballet companies as a public good that won’t be adequately supplied without some support from charity.

This might interest you, too: Paul Steiger as interviewed by VOCER. 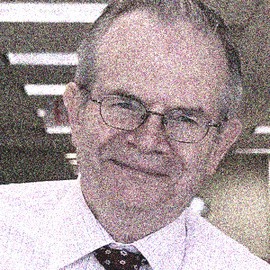