Journalism has outgrown the media. Get used to it.

In 2007, a nerdy developer from Chicago was awarded over a million dollars to build a database of geocoded pieces of information such as house price, crime data and school reports. Although the project, Everyblock.com, could have been presented at a computer science fair, this prize money was given in the hope of advancing „quality journalism“ by the Knight Foundation, one of the most respected American charities supporting journalism.

Out of the 72 projects that received funding from the Knight Foundation’s NewsChallenge, it is hard to find more than a handful about journalists writing stories (there are some radio projects). This year’s contest, although still ongoing, will not be different.

Several charities throughout the world are following this model. The International Press Institute, in Vienna, just awarded several millions of Google’s money to projects where developers will get a bigger share of the pie than journalists. Last year, a Finnish foundation for journalism gave 200,000 dollars to Scoopinion, a news aggregator startup.

The market has changed

The pre-internet days made it easy to see where journalism was happening. Wherever a media could be identified as such, whether it was CNN or „Umweltblätter„, printed in a cave in Prenzlauer Berg, you could be confident that some form of journalism was going on. If you wanted to obtain information about current events before the internet, you had a choice between asking friends and consuming content from a clearly identified media outlet.

Now, in a digitized and networked environment, the market has changed dramatically. You can take a look at your Twitter timeline, your Facebook news feed or check an aggregator such as Google News or Flipboard. You can also go to the home page of a traditional brand, which will, more often than not, include content from social networks.

Information about current events and their contextualization can be obtained in an infinite number of ways. Consuming content produced by humans is an option, but raw data is widely accessible. Want to understand how young Greeks are feeling? Why don’t you check how many of them are googling „green card„, probably hoping to leave the country?

Governments‘ opening their data vaults and companies setting up interfaces to access data (APIs) make it easier than ever to go from data to knowledge. Journalists used to be good at that. When a reporter synthetizes an annual report in 2000 signs, adds context and gives advice on whether to buy or sell, she turns data into knowledge the reader can use. Today, Narrative Sciences does it, automatically.

At every stages of the value chain, computers are getting better at handling information, either on their own or by organizing lay people. Information gathering (check out Pachube or Ushahidi), processing (Narrative Science, Wikipedia) and distribution (Facebook, Twitter) have all evolved outside the realm of traditional media organizations.

What journalists can do

The question of whether or not it is journalism is irrelevant. Everyblock’s Holovaty has the best answer so far:

2. I hope my competitors waste their time arguing about this as long as possible.

The debate on the future of journalism has, at long last, come to terms with the need to integrate developers to the journalistic process (see these pieces on VOCER, for instance). But this is just the beginning of a much deeper mutation.

Journalists are now working on the information market. It is bigger than the market for news by several orders of magnitude, as it encompasses PR, advertising and all user-produced content. To leverage their main assets (strong brands and trust), media organizations will have to adapt. They will have to think „product“ instead of „article“ and adopt the workflows of online companies.

This is what the likes of the Knight Foundation are financing. And they do so because they believe, as I do, that journalism, when it holds the powers that be to account and when it exposes the truth, is a public good that needs to be supported. 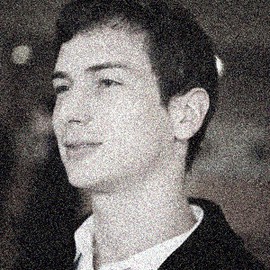